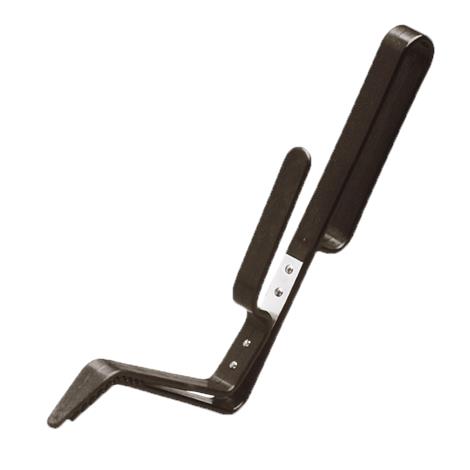 In our quest to get the best toilet aid for people with limited mobility as well as those who are obese and having a difficult time reaching their butts to wipe after a number 2, we looked at the bottom wiper by Torkel Etac.

The Torkel Etac is a darling to many people with a bad back, have had a hip surgery replacement and those with rheumatism.

Honestly speaking before buying the Etac toilet paper tongs, I felt that people who have difficulty reaching their butts are looking for a soft aid, something more like the bottom buddy or the freedom wand. If it were me, I would not buy something in the shape of a tong because it looks intrusive and something that I would use in the kitchen, not in the toilet.

But hey, to each their own. From the stats on Ecommerce stores and the reviews, it shows that people are really buying this Etac toileting tongs.

So what are the features of the product?

The Etac toilet aid is made from polyamide plastic and measures 13 inches in length; it therefore acts as a good extension handle that allows you to reach your butt even when you were having difficulty in doing so.

How to use the Etac Torkel toilet paper tongs

Using the Etac torkel toilet paper tong is pretty easy. This is how you do it:

Pros of the Etac Toileting Aid

Cons of the Torkel Etac tong

Bottomline and our take of the Torkel Etac toilet paper tool

As a wrap up, the Etac toileting tongs is still a great tool for those having difficulty wiping their bums.

Though at first we felt that it was not a good tool owing to the fact that it is a tong and looks metallic which would be intrusive and one would cringe at the thought of it near their butt, we found that it is indeed not made of metal but some high quality polyamide plastic that is durable and will provide true value for the money.

Toilet Paper Not Doing the Job? Try these Best Bidet Toilet Seat for Disabled and Elderly

Why You Need to buy A Bidet Toilet Seat Now

BEST 2 Tall Toilets for Disabled in 2022

Added to wishlistRemoved from wishlist 1

Disabled Products for the Bathroom

How to Dispose of Flushable Wipes

Added to wishlistRemoved from wishlist 4

Can bidet be used with raised toilet seat?