Other minor reasons that could cause hemorrhoids include the following:

Whatever the cause, we have to agree that hemorrhoids are uncomfortable, painful and a real pain in the ass (literally). Some of the symptoms of hemorrhoids including bleeding, pain and discomfort while passing stool are really embarrassing and deny you off your dignity.

When you have hemorrhoids, you will be looking for all ways to treat them because they cause so much discomfort and pain. However there are those swellings that come and go. In fact, Mayo Clinic states that out of 4 adults, 3 get hemorrhoids.

One of the home remedies for hemorrhoids is taking foods that rich in fiber. What fiber does is that it adds to the bulk of stool as well as making it smoother so that it flows easily out of your alimentary canal. At the same time, you will be asked to take lots of fluids so as to soften your stool.

In extreme cases, a hemorrhoidectomy, which is a surgical operation is done to extract out the swollen part. After the hemorrhoidectomy, the patient finds that they still have discomfort while passing stool through the cut part. They are therefore advised to take sitz baths for hemorrhoids that create a soothing feel on their injured parts.

Once you are healed off your hemorrhoids, you are advised from then on to exercise regularly and avoid sitting in one position for long as this can make matters worse for you.

Cool compresses where you place ice cubes on the inflammed parts has also been found to bring instant relief from the painful swellings.

Epsom salt with warm water—the use of a warm sitz bath mixed with Epsom salt has been found to be of great benefit to people who have hemorrhoids in relieving the pain. The Havard University states that after every bowel movement, people with hemorrhoids should spare 10 to 15 minutes of their time sitting on warm salty water so as to soothe the swellings.

Witch hazel—Mixing witch hazel in the warm water sitz bath solution has been found to be great in reducing the itching feeling one has when they have hemorrhoids.

Aloe vera—for ages now, aloe vera has been found to be great in reducing anti-inflammatory properties. It will therefore help in reducing hemorrhoid irritation.

An over the counter ointment called Preparation H can be added in your sitz bath water to provide immediate relief from hemorrhoids. You should however consult your doctor before adding the ointment so that they can assure you that it will not aggravate your condition.

Rubbing of a little apple cider vinegar on the inflammed swellings has been found to reduce hemorrhoids. However, doctor’s advice that care should be taken while using this method since it might burn your skin. You will therefore need their advice before using the apple cider vinegar.

Other than sitz bath and surgery, hemorrhoids can be treated in the following ways:

Going to the toilet immediately you feel the urge

Banding it—a common office way of getting rid of hemorrhoids is where a thin rubber band is placed at the base of the swelling. It stays there for some time shrinking away the swelling. A scar is left when the hemorrhoidal swelling dies away. Complications of banding the swelling include bleeding, pain as well as passing stool with blood. The complications can however be relieved with a sitz bath.

There are some recommended over the counter creams that have been found to soothe the pain caused by hemorrhoids as well as reduce the swelling. However, lots of caution should be observed when you are using these creams since they could end up hurting you.

Sitting for long as well as using the toilet seat where all you do is sit while emptying your bowels is not going to do you any good. You should therefore start exercising as soon as possible. Squatting rather than sitting has also been found to be a better practice if you do not want to have the hemorrhoidal swells.

Ice packs have also been found to not only soothe but also reduce the hemorrhoid swells.

Though you might want to avoid sitting as much as possible when you have hemorrhoids, you will always find that it is inevitable. At home, at work and even in your car, you have got to sit. Well, you can relieve your paint points from excruciating pain and pressure by using donut cushions that are uniquely designed to help you feel better. 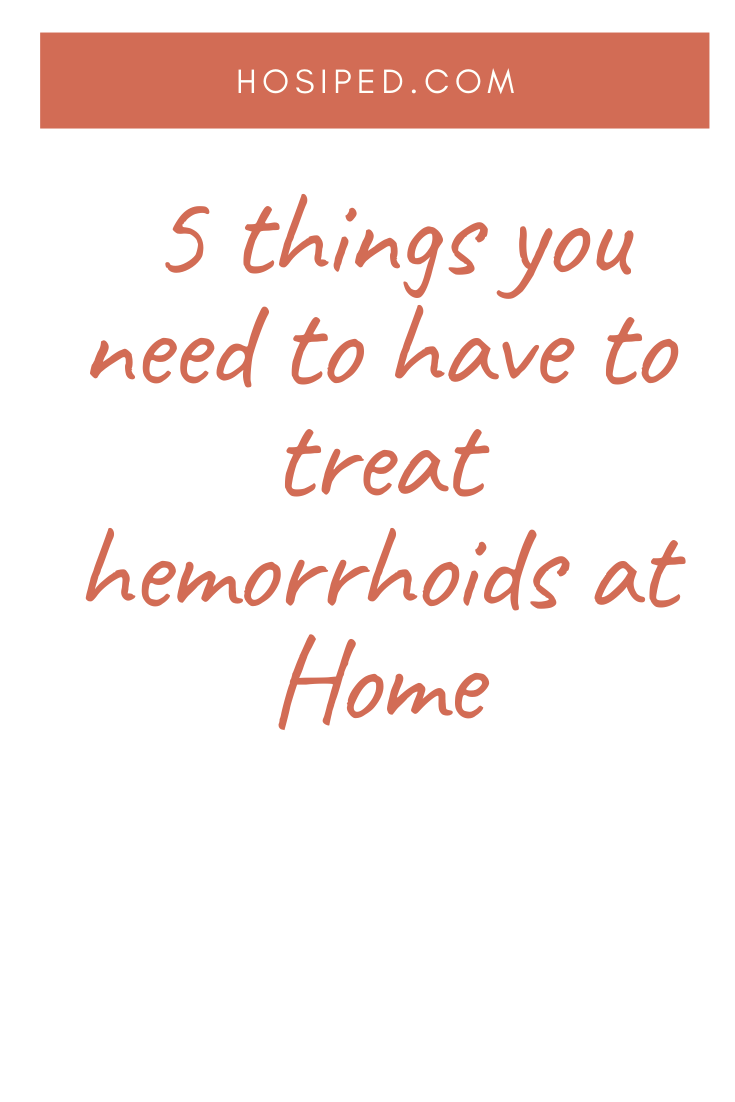 How to Use Flushable Wipes

How long do hemorrhoids last

Added to wishlistRemoved from wishlist 1