I have Parkinson’s , Parkinson’s doesn’t have me: Confessions from a PD Patient Who Used to Smoke Bhang

” I have Parkinson’s Disease. It doesn’t have me”

That was a spell-binding statement that I heard said by one of the guys in our PD support group. Of course he is one of those motivational type of guys who seems to have everything under control and who seems to figure out everything. So, he is always talking and motivating us. And so, I hate him.

But his statement was etched deep in my mind. It made me think about PD, of how I was diagnosed, of how depressed I got after those damn tremors started attacking me, of how I would lazily sit infront of the TV binge watching movies, of those days that I could barely walk, of how my daughters complained that I was not exercising though the doctor said that I should be, of how I used to sneak into the bathroom for hours and smoke marijuana, of how my daughters were angry when they found out that I was getting stoned. 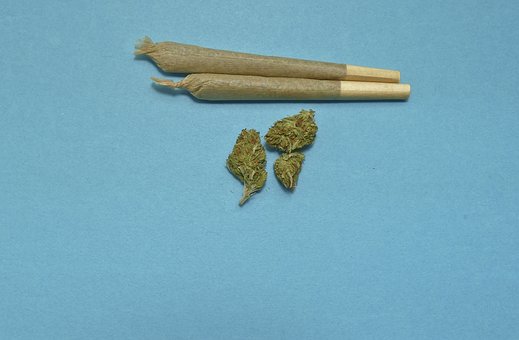 So the statement, “I have PD, PD doesn’t have me” stuck with me. In fact, I do not know what the other speakers had to say on that day. The statement was still playing in my mind all through as the others spoke. It made me re-evaluate my decisions and how I now see life. It made me ditch pot and seriously start living with PD rather than PD living with me. It kind of made me wake up everyday feeling that I have control and that I am responsible for how good or bad things turn out.

I used to smoke Pot 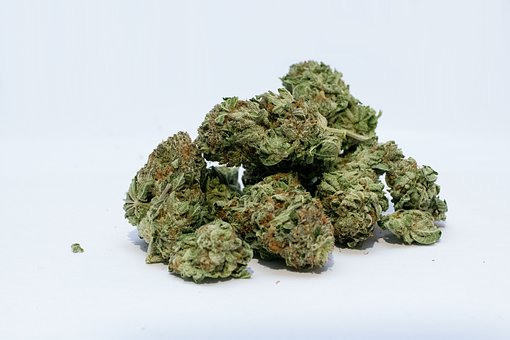 Let me confess this; I used to smoke pot even before I was diagnosed with PD. I remember I actually started using pot when I was 28 after a house-warming party for a work colleague. By then I was young, unmarried, easy-going and the whole world seemed to be on my palms. Everyone at the party was high on weed and I was shy and afraid to take the joint into my lips. So they pushed me to it. And because I wanted to be part of the cool guys, because I wanted to feel that I did indeed belong, I smoked. And that was the genesis of me and dope.

So, I smoked a joint everytime I met these friends of mine. I smoked through marriage when things seemed not to work out well.Since I worked as a movie script writer, I smoked whenever I had a bad day at work. I smoked as I brought up my daughters. I smoked as they grew up and started their careers.

And then Parkinson’s Disease struck. And that kind of changed everything. Because I did not even know what PD was. Yes, I had heard about it but had never actually paid attention.

The tremors started. Dykinesia. I couldn’t write. Slurred speech and then I became depressed. One of my divorced daughters took me up under her. And then I found myself binge watching telly thinking of nothing but my damned tremors. Of my imbalance when I walked. Of how dependent I had suddenly become on her.

I remember one day when all my daughters took me out to a local restaurant near home. It was my favorite. And so, they knew that they were doing me a lovely thing by taking me out. So, they dressed me and out we went. Dinner was served. It was spaghetti sauce with lean ground beef with some grated cheese. There was also a glass of wine to wash it down. The food looked yummy and I was hungry. Then I was unable to eat. Everytime I scooped food, the damn tremors would take over and I ended up spilling it on the table. It was embarrassing. Needless to say, Grace, one of my daughters had to feed me. And it felt so bad. Taking the wine was also difficult. I would end up spilling it all.

So when we went back home, they tried to comfort me. I was inconsolable. I hid in the toilet and smoked my joint. Tears rolling down my cheeks.

What Dope Does to you when you have Parkinson’s Disease

One thing that dope does to you is that it makes you more dumber, tremor more and lose balance than PD could ever make you. So, it only made things worse. But at least, it made me feel high and that was the feeling that I was craving for.

So, everytime I felt inadequate around the house or dependent on the girls, I would sneak into the toilet, smoke and become even more helpless. This continued until they could take it no more. So they found me this PD support group. And here I was with something that would change my life henceforth.

After applying the maxims of the statement, I have been able to go out more on with my daughters, to have fun and to laugh at my tremors. I have also found a way to feed without having to ask for support. There are these liftware Parkinson’s spoons that help alleviate the tremors. There are also these handsteady non spill cups for adults that have rotatable handles such that you never spill your drink no matter how strong the tremors might be. I am also able to take on infrequent movie scripting roles since all I need is a dictating machine or someone to do the writing while I do the thinking.